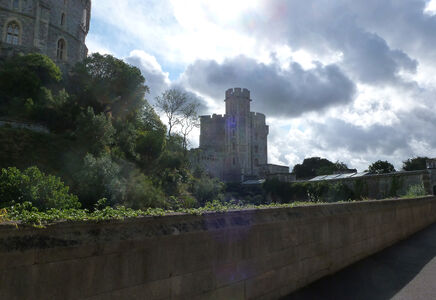 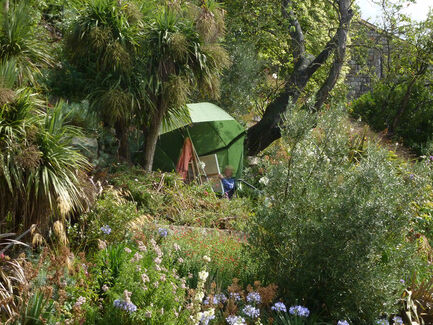 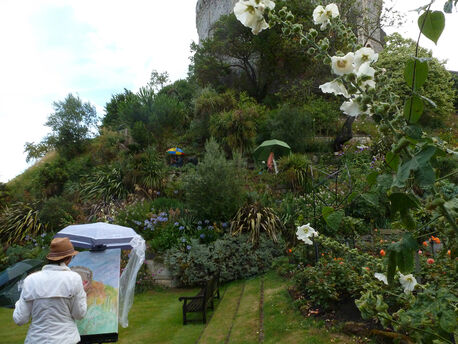 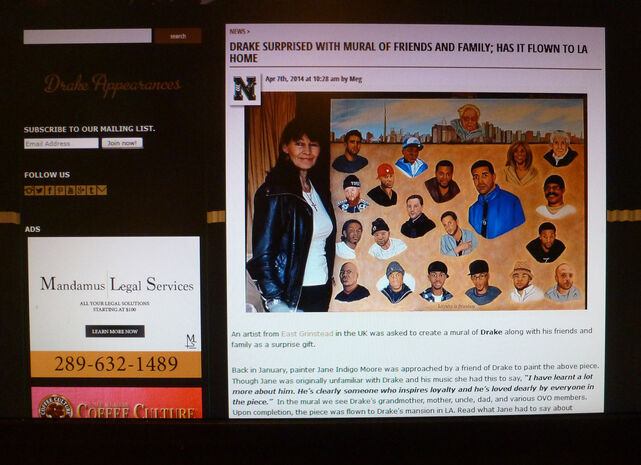 I was very excited to be among a group of Artists accepted to do open air paintings in the grounds of Windsor Castle this year. HM has very graciously opened these to Artists for one day a year for the second year running. This included her private areas, such as the lovely Moat Gardens shown above. It was a marvelous experience, beautifully coordinated by the Windsor Art Society. Unfortunately the British weather was truly mean to us that day and it absolutely bucketed down, resulting in many Artists fleeing. I stuck it out till almost the bitter end as it was such a unique opportunity but alas, was not able to complete the Tower painting on the day. Valiant though my umbrella and easel were, the rain and wind won in the end!

With a promise of bad things to come!

A view of the almost tropical hill gardens .

My local newspaper "The East Grinstead Courier" ran a nice piece on my recently completed commission of Canadian rap star Drake. The article wasn't entirely accurate as it was a large canvas, not a mural and was presented by my client to Drake himself, but still a nice piece of publicity after all the hard work on this one! Later it appeared on Drake's official site "Word on the Road" and turned up in numerous music and events mags, including NME etc. I also did several Radio interviews including BBC Radio One, so my surprise commission turned out to be quite far reaching! 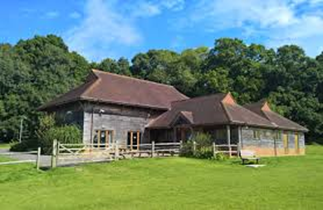 I will be doing live Portrait drawing here in April, and exhibiting alongside  a varied and talented group of Artists and Artisans in several fields. The video gives a preview of some of what's on offer. There will also be a refreshments area and a bar in the main Hall.

I was approached by the Editor of this poetry journal for permission to use my painting; "The Travellers"; as the front cover on the Autumn issue of their quarterly magazine. This  eclectic and interesting collection of poetry and prose has an international subscriber base and I really enjoyed reading my complimentary copy! I was also particularly pleased that the editor had selected a painting from my Imaginative Realism genre. 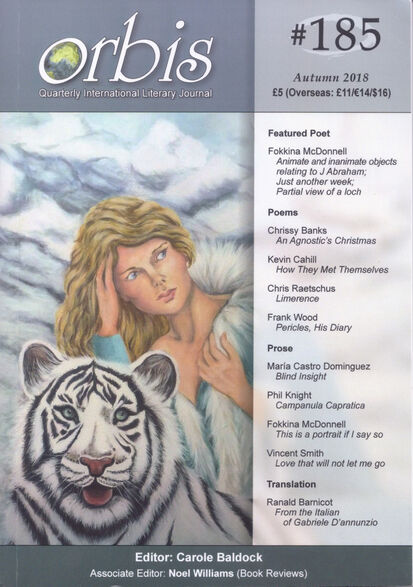 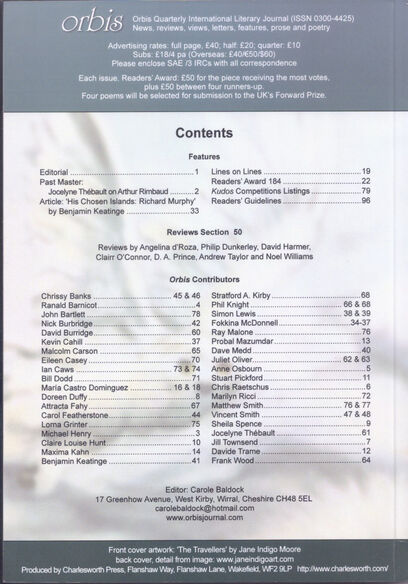 Despite appalling road works affecting the access on our preview evening, we had an enjoyable weekend exhibition at the Forest Row Hall with reasonable numbers braving the roadworks traffic and unpleasant weather, to come and support their local Artists. There were a good number of sales made by several exhibitors, as well as lots of socializing and general fun. I did well on print and card sales and also sold my large painting "Sacred Grove" the lady and stag seen in the photos below. 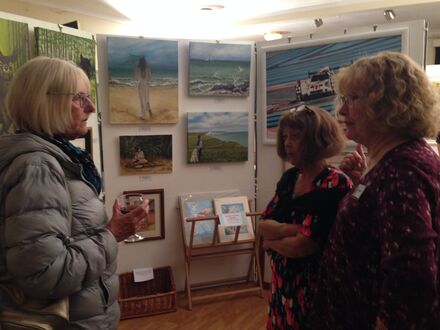 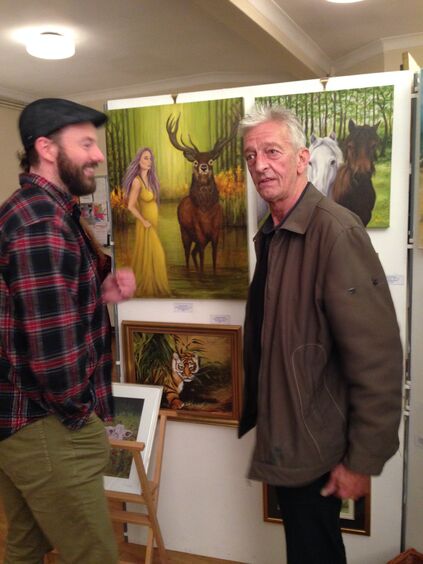 A vsitor chats to two of the exhibiting Artists 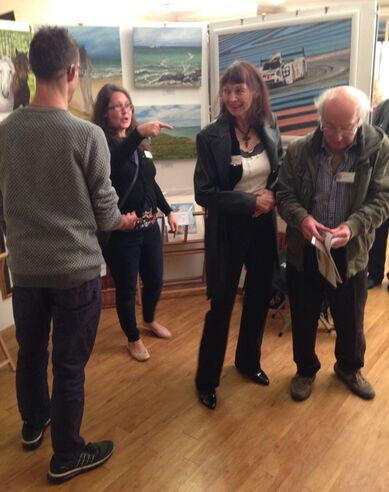 I have absolutely no idea what was going on here! 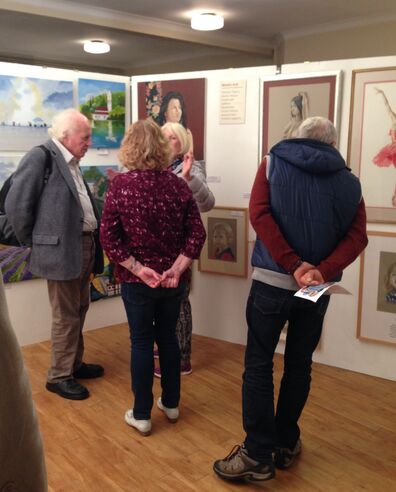 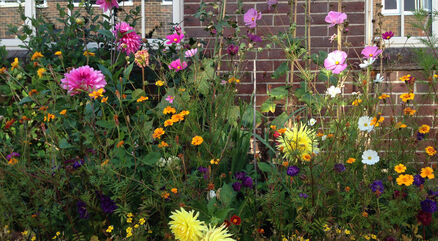 And I believe we're all being upstaged by the glorious display of Nature's Artwork right outside the door!

It was bitter sweet returning to Malibu at Christmas after the recent, horrible fires. I was terrified it would be totally destroyed and still mournful about all the mountain animals, small and large who lost their lives in the fires. However it was a far happier scene than I was anticipating, already the hills are greening up and although it is true that there are areas of the Santa Monica mountains which are going to be pretty black for quite a while, life is definitely returning fast, even there. Less sanguine for the poor residents who lost their homes and have to start from scratch of course, but the spirit of co-operation and help in the area is remarkable. As was the tremendous work done by so many people there to save not only human lives, but animal lives too. Almost all the horses and pets were saved as far as I know and there is a general feeling there now of increased appreciation for it's beauty and a determination to re-build and fortify and flourish as never before. I salute them all. 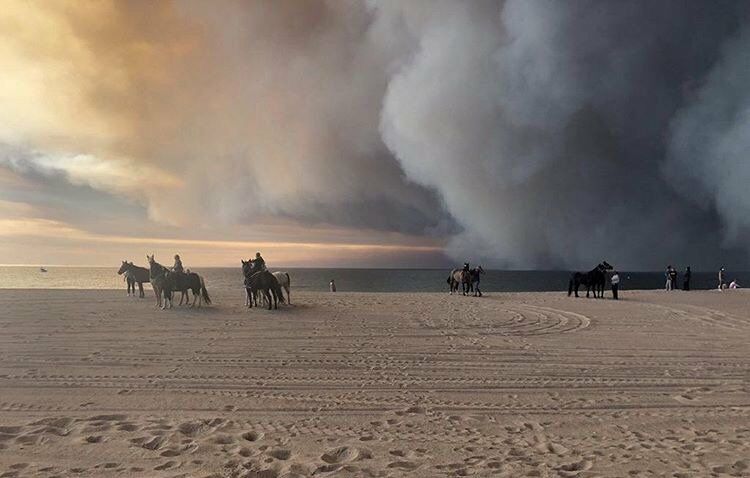 A selection of my watercolour landscapes will be on display in the restuarant area of the Royal Oak Public House during March and April, along with a few Oil pieces. These are mostly pieces begun as Art demonstrations and finished up in the studio later. They are very reasonably priced as a result and are mainly framed in simple white frames, ready to hang. If you find yourself in the area, pop in - the food is also very tasty! 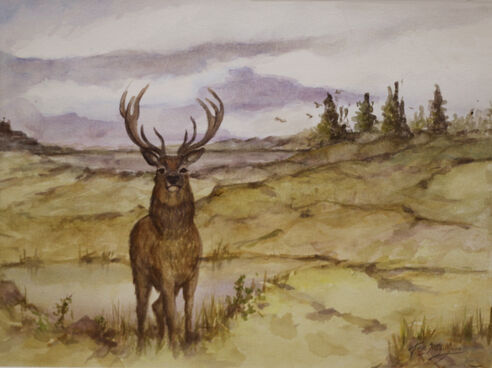 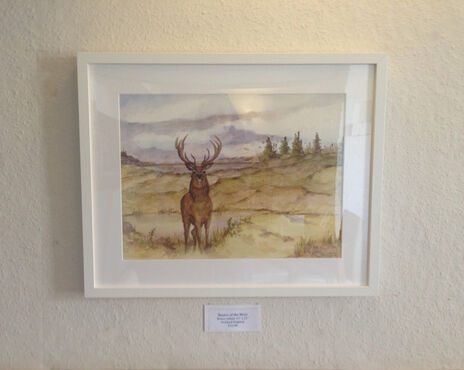 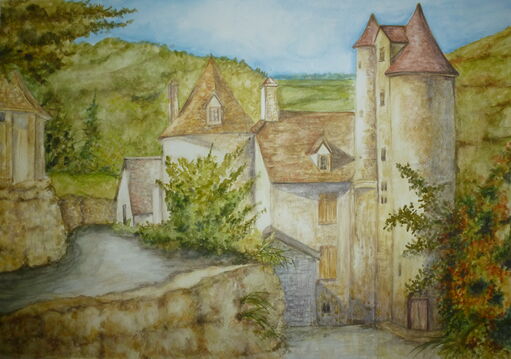 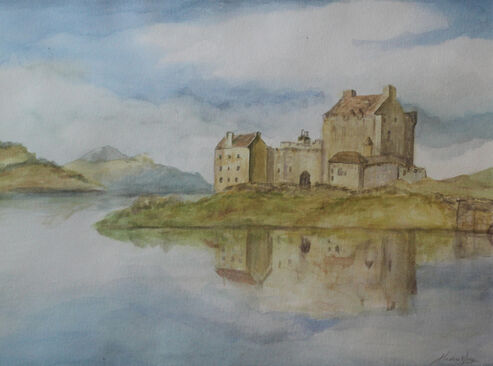 I will be in the Arts Garden all day on this date with a selection of recent works on display and prints as well. I hope to be live painting, weather permitting. If you are near this gorgeous venue, please come and say hello. Below the beginning stages of a painting of Welsh ponies that I hope to have completed and on display there. 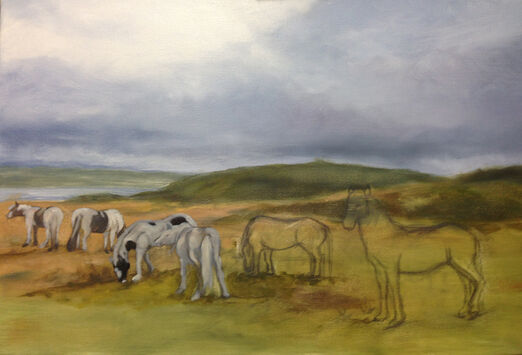 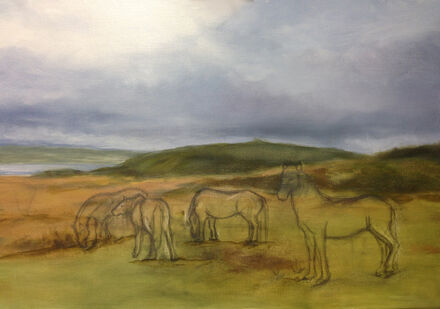 Due to an upcoming house move, I am currently running a series of studio sales on my Facebook Artist page over the next 6 weeks or so.  Many paintings as much as 50% savings  and some on a "make an offer" basis. Just click on the JaneIndigo Arts header in the picture below to go directly to the page. You can have a look here at the first group on offer and contact me directly from there  if anything  takes your fancy.

As an Artist I love helping others learn to draw and paint too. At my  weekly Art Group I have some lovely attendees lwho have been coming to the sessions for about 5 years now. We do different things each week, but always work from Life at least twice a month. This set up was a Still Life with vegetables from one of the group's own garden -  and was so inspiring I had to have a go myself afterwards! If you want to learn to draw yourself, one of the very best teachers are the common objects all around us. Pick something simple and have a go, it's amazing how inspiring even your weekly shopping can be! 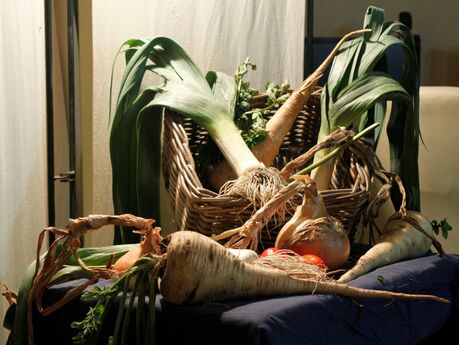 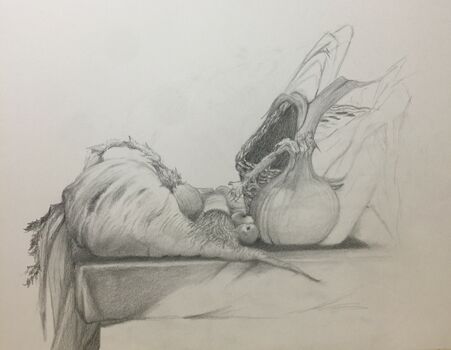 Still Life in progress above and the original

December - New home in Michigan for my Sumatran Tiger cub

This little guy is off to a new home in the US, via a Facebook sale. I've had this one a few years now and will miss it actually! He was one of the first Sumatran cubs born in captivity in the UK, and I loved meeting, photographing and  painting him. His new owners are very excited though, so I'm sure he's going to a very good home! 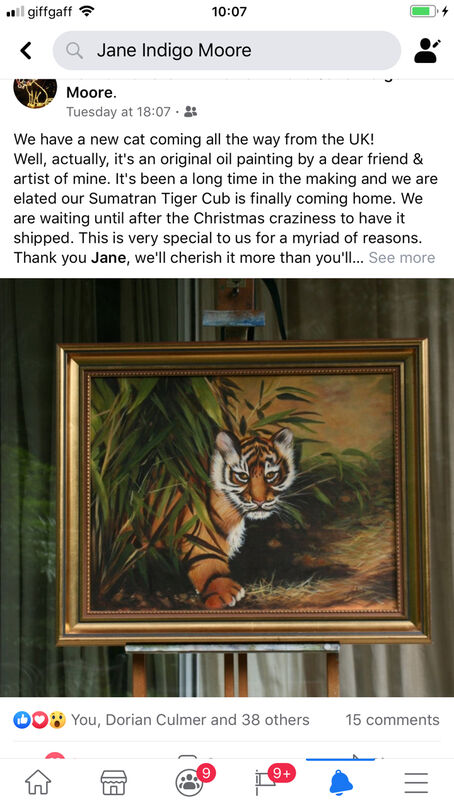