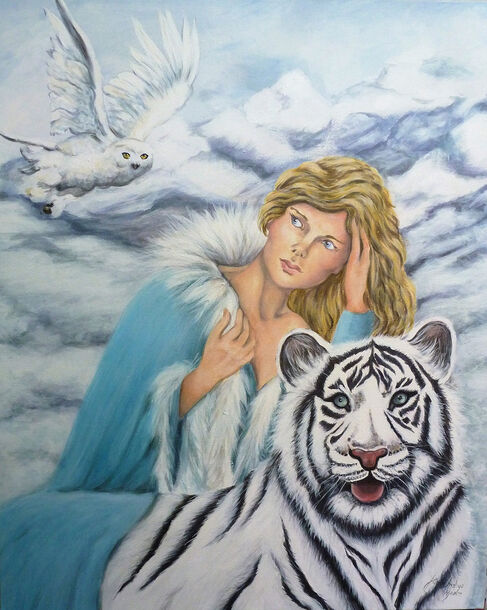 Although often classified as Fantasy, I prefer the title above for these. This is because, in my Art  the subjects definitely exist but the settings and relationships are fanciful. This is my  favourite genre to paint, as I get to create my own worlds and portray the magical and powerful elements that I sense but seldom see in this one. The relationship between powerful or mysterious women and wild animals is one that has fascinated me since I was a child, and it is the theme I am currently exploring in these. Often a poem comes into my mind while working on them, which tells part of a story. The viewer can decide the rest, these paintings invite that participation.

But who will pass the Wolven Queen?

A Throne of Stone on Irish green

What quest of horror or delight

with forest beast and sprite of air?

Through mountain passes thick with snow

What impulse drives a maiden fair

calls forth such travellers to these heights?

This subject was inspired initially by the fleeting expression I saw on a girl's face. An image of a quiet forest and a stag came into my mind and I began working on reference photos to create it. The colours are luminous and rich and the feel is of a place of both safety and magic. The woman isn't entirely mythical in feel however; she could almost have stepped out from a ball into a different, more ethereal world. The painting is on deep edged canvas continued round the edges, so can be unframed but can also be framed if desired.

For more views and close-ups, or to purchase, click here

I dream of a world where humans and animals can co-exist in harmony; where beauty and latent ferocity may be expressed in the purity of just what they are without dominion or fear; another Eden in other words! 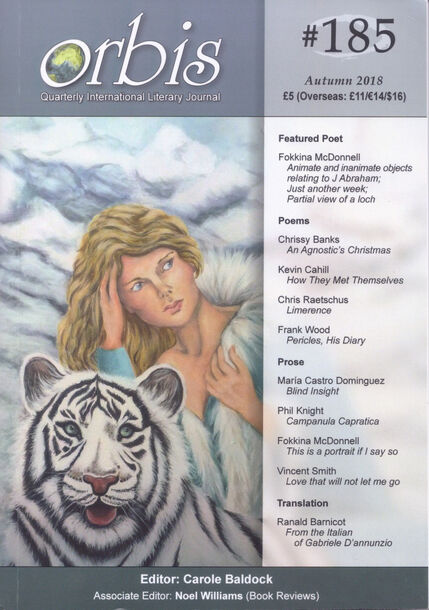 Selected by the Editor as the cover for the Autumn edition of this  poetry and prose publication. 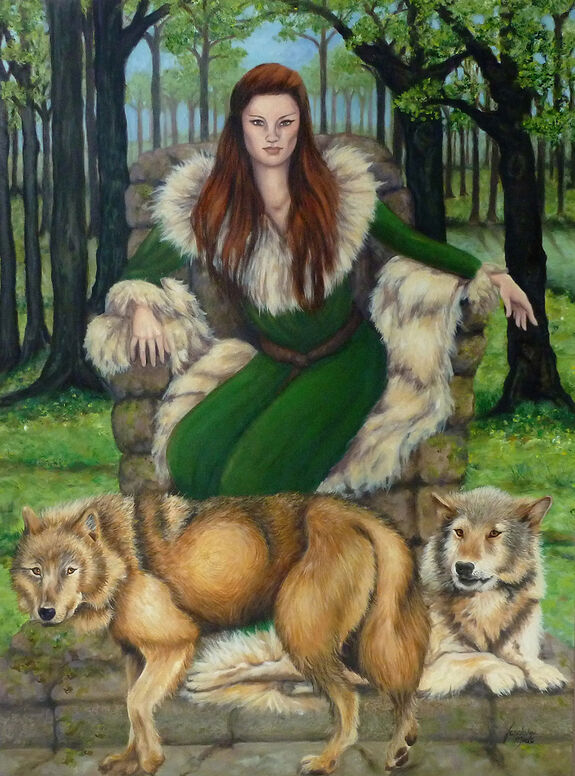 For other purchasing, licensing or print enquiries, contact :   [email protected]

For more views and close-ups or to purchase, click here 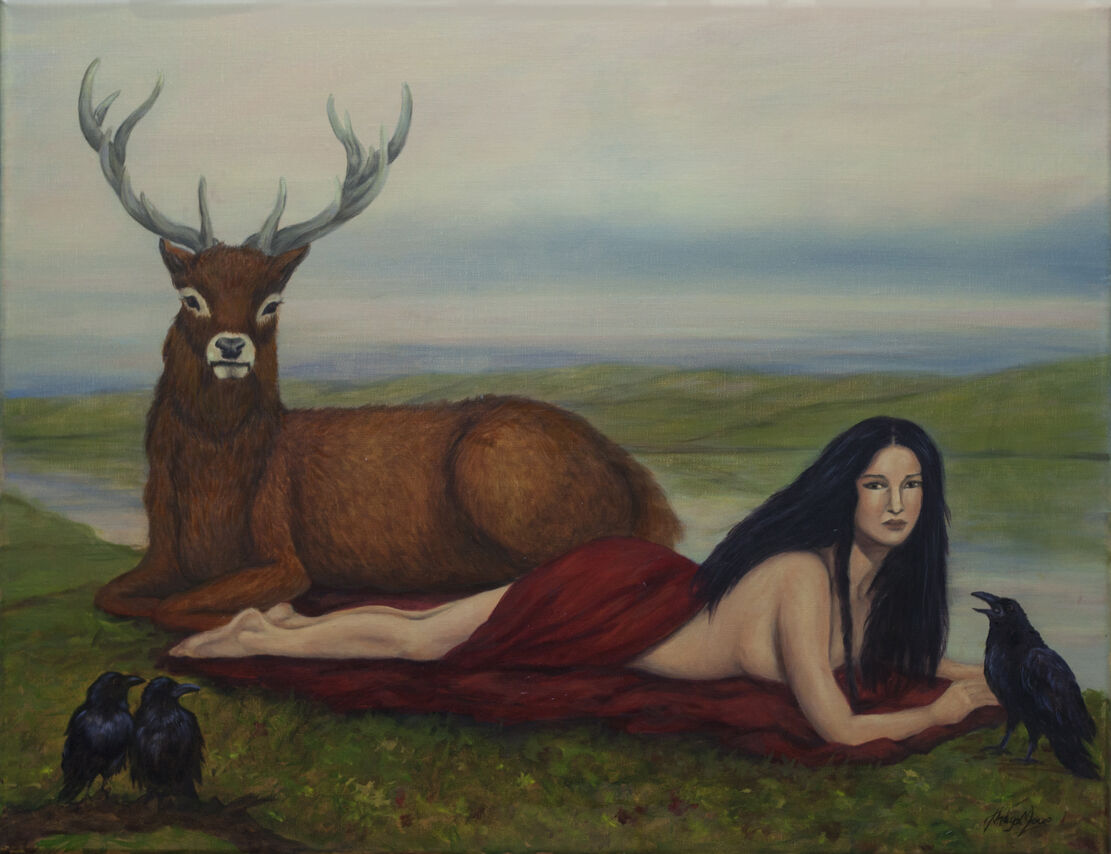 This imaginative ensemble was originally based on the idea of Diana The Huntress, mythological Greek  Goddess of the forests.  Another story formed in my mind while painting it though, involving a Warrior Queen with mystical powers over animals.

A battle   may be approaching, and the blood red of her cloak and urgent whispering of the Raven seem to re-inforce this concept. The setting   reminds me of the Scottish Highlands, so maybe it is.  This  is story conjuring Art and your own imagination may have a totally different take on what this scene is all about. 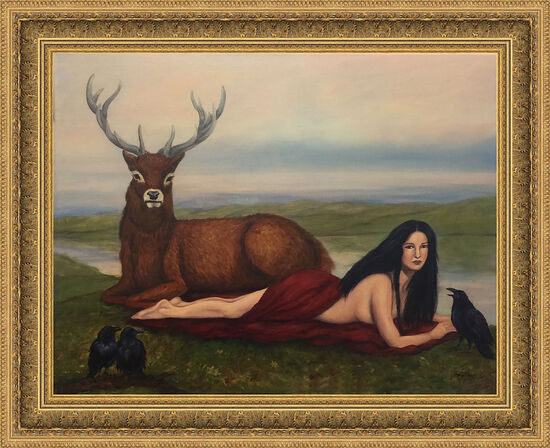 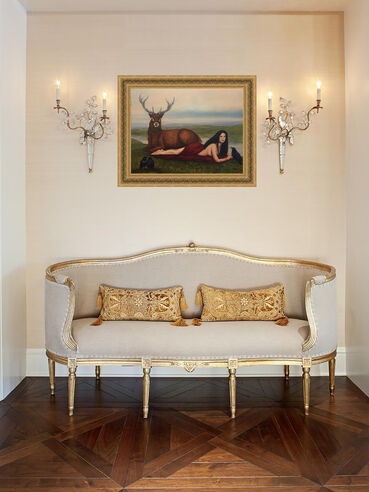 Some views of how this painting may look in one type of frame and setting.  For others, check in my Etsy Shop