My Background
I was born in England, but my father's work took us out to Africa when I was a baby. He was an engineer, designing steam trains there, and we regularly spent time living in coaches attached to these in the African bush.  I grew up with Africa's amazing Wildlife all around me and fell in love. The love of animals is definitely a major theme in my work, and it is a great sadness to me that they are so endangered today; hunted and poached to the brink of extinction in a few short decades.

Returning to the UK at nineteen, I ran my own business doing Murals and Faux finishes for several years in London. Once I got married and children arrived, we moved to Sussex for a gentler lifestyle!  As luck would have it the children’s hand painted furniture specialists " Dragons of Walton Street” had their design and production studios not far from us and I  became a studio artist there for the next eight years. During that time I gained the commercial and design skills to master painting intricately on wood.

After eight years I  decided to pursue my own path as an Artist and went to France to spend a year in the studios of master Realist  Ted Seth Jacobs. That training armed me with the technical ability to communicate my own artistic visions far more clearly.  Later I went on to Florence to pursue some further studies, while immersing myself in the  the wonderfully rich culture and history that is simply everywhere in that ancient city.

Exhibitions: I have exhibited with several Art Societies and groups in the UK and France. These include The Society of Women Artists in Westminster, The UK Association of Animal Artists and The Ashdown Artists in West Sussex, of which I am a current member. 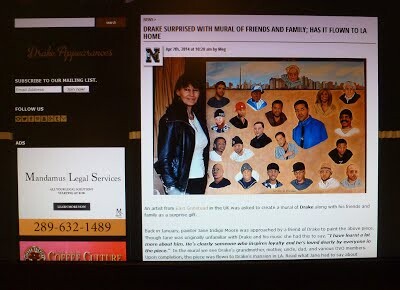 Some of the Artists and students at a weekly session, drawing from a model. If you are local to the East Grinstead area and would like to attend one, please contact me.

I am an English Artist dividing my time between the lovely West Sussex countrside and sunny California. I love painting animals and nature and also enjoy and undertake Portrait commissions. Notable ones include series Portraits for the CBS television network in the US, and in 2014, a large canvas of the rapper “Drake” and  friends for his LA home. Below are a few of several press pieces received, mainly on the basis of not knowing who he actually was initially! 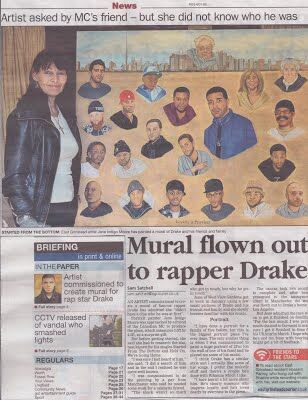 For Commission, licensing or direct purchase enquiries, please contact me by email or phone.